White House extends Europe’s exemption from tariffs on steel and aluminum, which was due to expire Tuesday.

Donald Trump has pulled back from a potential trade war with Europe by postponing a decision on imposing steel and aluminum tariffs until 1 June. 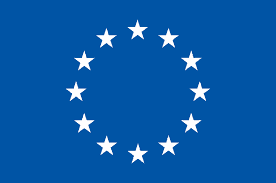 The US president imposed a worldwide 25% tariff on steel imports and a 10% tariff on aluminum in March but granted temporary exemptions to Canada, Mexico, Brazil, the European Union (EU), Australia and Argentina. These were due to expire at 12.01am on Tuesday.

The extension offers temporary reprieve for French president Emmanuel Macron and German chancellor Angela Merkel, who lobbied Trump during visits to the White House last week. It could also be seen by political analysts as the latest issue on which Trump’s bark has proved worse than his bite.

The administration “reached agreements in principle with Argentina, Australia, and Brazil with respect to steel and aluminum, the details of which will be finalized shortly”, the White House said on Monday. “The Administration is also extending negotiations with Canada, Mexico, and the European Union for a final 30 days.”

Trump, who ran on a nationalist “America first” agenda, claims the tariffs are needed to protect American metal producers from unfair competition and enhance national security amid a worldwide oversupply of steel and aluminum largely blamed on excess production in China.

But the move threatens to spark a trade war that could cause turmoil in financial markets. The EU – which is the biggest US trading partner – has warned that, if it is subject to tariffs on the 6.4bn euros’ ($7.7bn) worth of the metals it exports annually to the US, it will retaliate with its own tariffs on 2.8bn euros’ ($3.4bn) worth of US goods imported into Europe including Harley-Davidson motorcycles, Levi’s jeans and Kentucky bourbon.

The European commission president, Jean-Claude Juncker, said in March: “If the Americans impose tariffs on steel and aluminium, then we must treat American products the same way. We must show that we can also take measures. This cannot be a unilateral transatlantic action by the Americans.”

And at the weekend the German government said Merkel, Macron and Britain’s Theresa May had agreed, after conferring by phone, that if the tariffs were imposed, “the European Union should be ready to decisively defend its interests within the framework of multilateral trade rules”.

The Canadian prime minister, Justin Trudeau, said on Monday that any move by Washington to impose tariffs on Canadian steel and aluminum would be a “very bad idea” bound to disrupt trade between the two countries. Canada is the biggest source of steel imports into the US.

Administration officials have said that in lieu of tariffs, countries that export steel and aluminum would have to agree to quotas designed to achieve similar protections for US producers. South Korea was granted a permanent exemption in exchange for agreeing to cut its steel exports to the US by about 30%.

China, Japan and Russia have not received exemptions from the tariffs. The US has also threatened to impose tariffs on $150bn of Chinese goods in retaliation for what it claims are Beijing’s unfair trade practices and its requirement that US companies turn over technology in exchange for access to its market.

The UK welcomed the deadline extension. A government spokesperson said: “It is positive that the UK has been granted a further exemption to these tariffs. We will continue to work closely with our EU partners and the US government to achieve a permanent exemption, ensuring our important steel and aluminum industries are safeguarded.

“We remain concerned about the impact of these tariffs on global trade and will continue to work with the EU on a multilateral solution to the global problem of overcapacity, as well as to manage the impact on domestic markets.”